It Came from Inside the Package: How Smart Packaging is Shaping the Food Industry

In an increasingly interconnected world, we’re relying more and more on our devices and the way they communicate with the objects around us. We’re seeing the advent of a world where we’re not only getting information from other humans and our computers – we’re getting it from the objects and devices that make up our daily lives. The world of packaging is no exception, as smart technology is becoming able to provide us with live data to enhance every aspect of our consumer experience.

Picture this: you’re sitting at home, enjoying a glass of fine wine and a delicious bowl of beef stroganoff. A relaxing night wouldn’t be the same without them! However, halfway through, you realize something’s wrong. The flavors – they just don’t seem right! Your pinot gris has too much body, and the stroganoff just tastes…well, off. The beef was definitely past its prime and the wine subpar! You toss the meal and wish you could start over, but you are of a foul disposition now and don’t want to interact with the other humans at the grocery store – so you go to bed dissatisfied.

If only there had been some way to tell what was wrong! If only you had a way to talk to the packaging and make sure everything was alright! It turns out, as a human of the future, you may be in luck. Behold, “smart packaging,” an idea that is gaining traction, enabling packaging itself to send information to consumers and stores. Anything from food quality to staffless store purchases are now a possibility. And coming sooner than you might think. 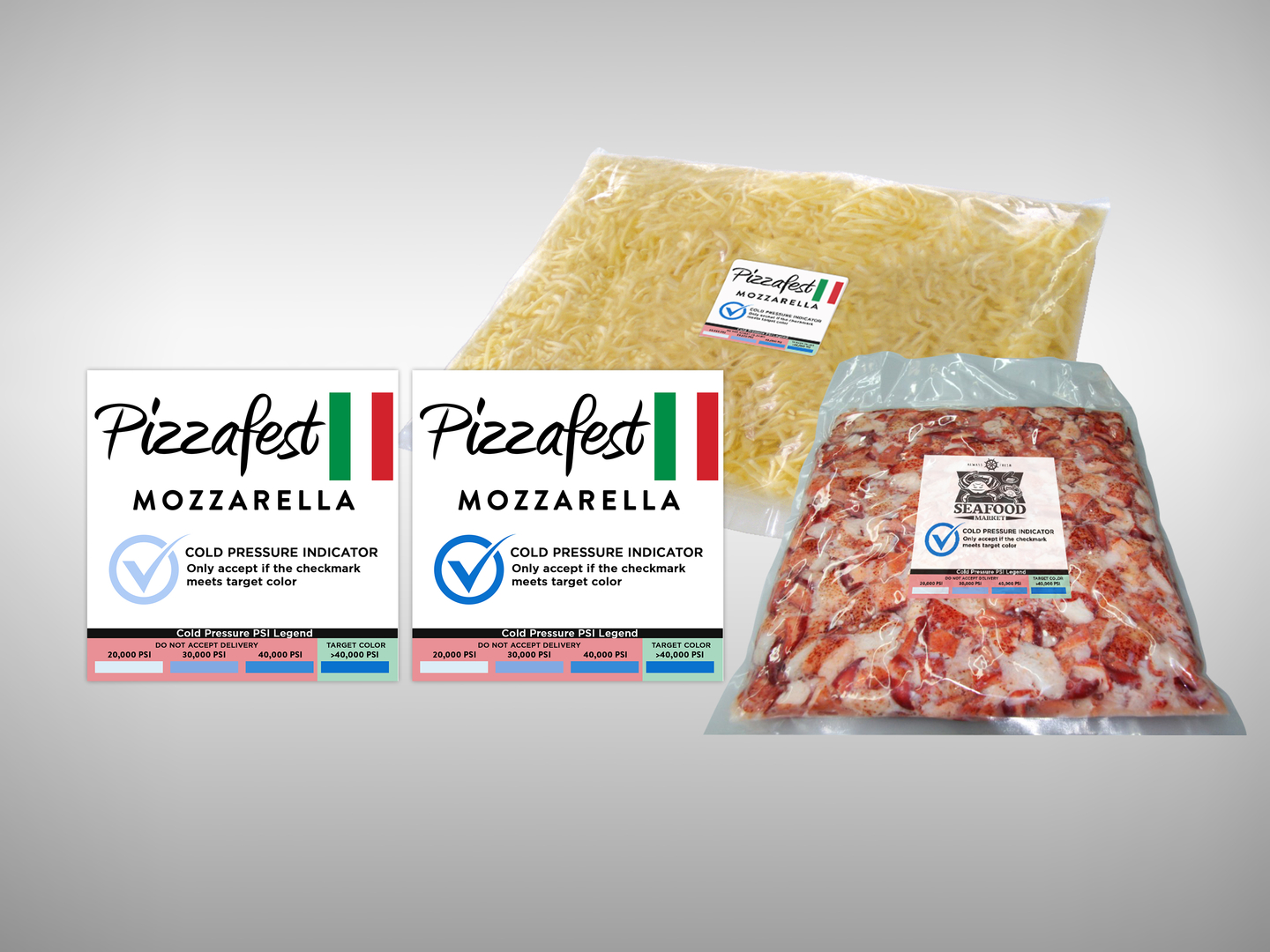 We’ve previously mentioned that high pressure processing is an increasingly popular way to process, sterilize, and package food. It’s a pressure-based method that ensures much higher quality than any kind of heat-based treatment, but has a couple of issues. The machines used in HPP are manually operated, meaning there is a small chance that a pallet of product could miss going through, which according to a company interview with Packaging Digest, then becomes a “safety hand grenade.” In these instances the company is forced to either “over-react and issue a recall for inventory that has not been impacted,” or “under-react by failing to understand if something in your process is responsible.”

To rectify this, Chromatic Technologies Incorporated has created a special ink that activates at certain pressure levels. This means that as a given product makes its way out of the machine and proceeds to its destination, unprocessed items can be easily identified. This completely eliminates the need for large-scale recalls and enables removal of faulty product all the way down the line to the restaurants or stores it’s sold from. CTI is making an important step toward creating a world where every bowl of stroganoff is fresh and delicious — and that’s a world we can all live in.

Message from a Bottle

Now, what about the wine? It seems that there’s a large problem with wine fraud, where bottles of expensive, often collectible wine are opened and replaced with the cheap stuff. They’re then resealed and sold at an enormous profit. It’s been proven that absolutely no one, even those with the fanciest of pants, have the palate to discern the difference, so many people have been able to pull this off to great effect. Indeed, though there have been prominent cases where the perpetrators have received hefty jail sentences, it’s a very difficult crime to detect.

A new invention is proving useful in fighting wine fraud — the smart label. Norwegian company Thinfilm has created a wine label that extends over the bottle opening, and, when broken, stores the information. This can be accessed via smartphone so consumers can easily detect tampering.

The wine market is so massive and widespread that counterfeiters are always going to try to remain a step ahead of the competition. Thinfilm’s creation is a large step in making sure that when we spend our entire savings on that bottle of exclusive wine, we’re getting what we pay for. On an interesting note, these labels are finding use in a plethora of other areas, most notably medicine. They enable pharmaceutical companies to track medicines and instantly tell whether they’re factory-sealed or have been opened.

Just Walk Out and Act Casual

Smart packaging isn’t exclusively confined to the monitoring of contents within a package. In Seattle, Amazon is opening an experimental store with with no employees. They’re offering everything a normal grocery store would, from ready-to-eat meals to your weekly grocery supplies, with one groundbreaking twist. As you walk through the store, you just pick out what you need, and upon leaving the items you choose are detected and charged to your account. No waits or cash registers whatsoever, and all you need is a membership and a smartphone.

You can walk in, round up the things you need, turn around and stride from the store unimpeded into the warm sunlight, arms held high in celebration of your glorious victory.

It’s speculated that this marks the beginning of a serious foray into the world of physical commerce by Amazon. Removing the need for cashiers represents the potential to revolutionize the entire retail business and a movement towards a cashless economy — and in Amazon’s case, increase the already massive traffic to their website.

Customers could access a huge amount of data regarding the things they purchase, like expiration dates, allergy information, and when items are going on sale. And the more it’s used, the more information is collected about the user — allowing Amazon to further personalize the shopping experience.

The rise of smart packaging shows us that the Internet of Things is becoming more and more prevalent in our lives. Every day the things we touch, buy, and interact with are connecting themselves to us and to our phones. We receive information from everything and are gaining the ability to act on that information with the touch of a finger. Because of this, we’re becoming more able to live healthier, safer, and more connected lives with regard to the world around us.

Innovation like this has the potential to rapidly change the economy and the very way we live. For those of us that enjoy talking to inanimate objects, take heart. It’s about to become a lot more normal.