Sustainable Camping: How to Repurpose Junk into Useful Camping Supplies

Camping is a popular activity for people of all ages, but if done irresponsibly, it can inflict serious harm on the environment. Making an effort to enjoy the outdoors while minimizing your footprint can make a world of difference. You can help by doing anything from cleaning the site before you leave, to repurposing used packaging, straws, and other household waste into camping gear. Assuming that first part is straight forward enough, we’ll cover some tips and tricks dealing with the latter.

The American National Parks Service is our heritage and our legacy. When President Ulysses S. Grant signed Yellowstone National Park into law in 1872, he set into motion an ideal that spread not only throughout our country, but throughout the world. Despite this, it wasn’t until 1916 that President Woodrow Wilson signed an act that created the National Parks Service to administrate Yellowstone and others across the country. Today, we have 59 parks covering 52 million acres of land nationwide. To put that into perspective, that means one of every 50 acres of American soil is protected under our National Parks system. 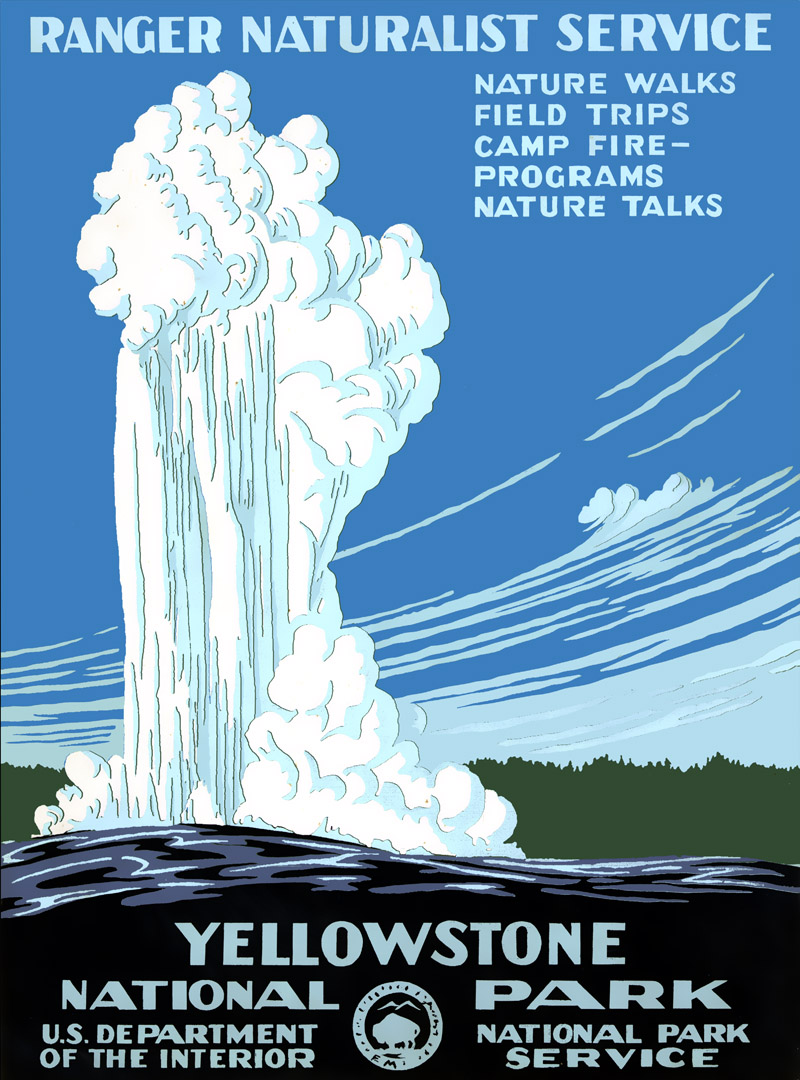 From the Atlantic to the Pacific and everything in between, our national parks are a symbol of the American idea that the country belongs to her citizens. In essence, each of us own a small piece of these magnificent locations.

It’s easy, especially in an age of sensationalist news, to think of America as careless when it comes to its natural resources. Despite so much pride in our national parks, there’s plenty of truth to that: from oil spills to air pollution, these headlines clutter our newsfeed amid all the other panic and negativity. But that isn’t to say things aren’t being done or that we, as ordinary citizens, can’t do more to help preserve our slice of the earth.

Despite considerable doom and gloom, we’ve come a long way toward preserving some of the most beautiful, pristine wilderness in the world. While we’ve got plenty of work ahead of us, we shouldn’t forget the good we’ve done.

It’s truly amazing that anyone can visit these parks, no matter their station. It’s an unrivaled privilege, but with it comes a large responsibility. The goal is to pass on this national treasure to subsequent generations for years to come, and if we’re going to do so, real efforts have to be made to cut back on pollution and reduce the impact we personally have on these places.

If you’re one of the millions of Americans that takes advantage of the untamed lands in our country, there are lots of cool ways you can make your visit to the great outdoors harmless, and even beneficial, to the places you go. But first, let’s talk about our current impact on the great outdoors.

If we didn’t camp and hike, we’d be missing one of the largest reasons for preserving the natural places we have. There’s something that feels healthy and humbling about being miles from the city, from the stress of daily life.

The clean air, mountains, lakes, the soaring vistas, they all combine to take us back to the place we came from, hundreds of thousands of years ago. It’s grounding, meditative, and gorgeous. Personally, I find it difficult to believe that anyone could explore these places, smell the clean air, see the animals that live there, and not feel compelled to protect them.

However, it is an unfortunate reality that some who make use of America’s natural land don’t give it the respect it deserves. Whether it’s a National Park, State Park, or just a field on the outskirts of town, leaving trash and harming wildlife takes its toll, compounding over time. We’ve all seen it: bottles and cans left on the trailside, burnt cans and Styrofoam in firepits, and improper fire extinguishing causing wildfires that sweep across state lines — though that can even be a hazard from the comfort of your own home.

The aftermath of large events like music festivals can be utterly horrifying — doubly so because they’re supposed to be about unity and respect, but often none is shown for the places we use. Long-term camping presents another large issue for the National Forest Service. These campsites pop up all over the country in secluded places, and are often discovered by hikers and trail workers. In the worst cases, people cut down trees, drop trash, and leave behind anything from rusty batteries to razors. It can be dangerous to clean and massively toxic to the area’s flora and fauna.

If this bothers you, there are easy ways to ensure that you aren’t part of the problem – and indeed, contribute to a cleaner world for those that share it with you.

Which would you rather spend time in? This… 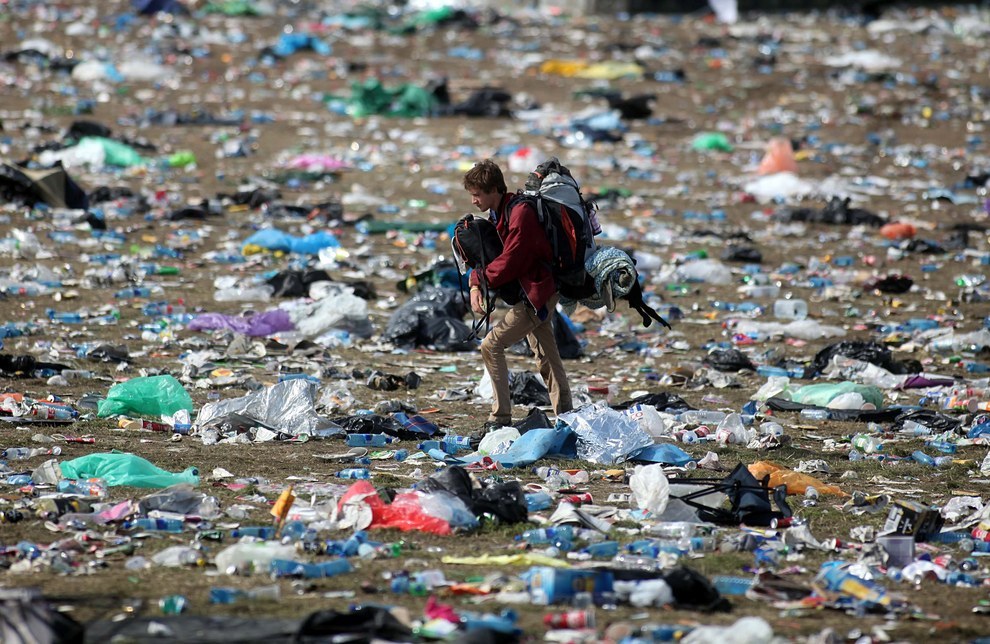 We’ve spoken previously about the problem of plastic waste and our own stance on that many times. It’s one of the largest problems facing us today, and it’s going to require some serious, large-scale solutions. Every little bit of help counts, though, and in this case I’m talking about little bits of plastic straws.

If there’s one thing we know at FP International, it’s straws. In fact, our company was founded on them. Back in the 1950s, founder Arthur Graham headed a company that made soda fountain supplies, including paper straws. The process left small pieces of those straws as a byproduct, and he ended up offering them as a cheap packaging material. One thing led to another, and through decades of innovation, Free-Flow Packaging International is one of the leading packaging providers worldwide. Shameless plugs aside, like us, you can use your own personal innovation to give new life to your straws.

According to the National Park Service, Americans use an exorbitant 500 million plastic straws per day. Of course, the easiest way to cut down this statistic is to just stop using the straws. However, if you must sip your drink through the glorious petroleum tube, there’s a crafty use for them after they’ve served their initial purpose.

If you snip them apart into smaller segments, you can seal off one end with a lighter. It then turns into a nifty travel-size container for whatever pastes, powders, granules, or crystals you may want to carry within. Just fill, clamp, and reseal.

They’re fantastic for camping trips, keeping things like toothpaste, shampoo, salt and spices, and plenty of other substances prepackaged and sealed up tight. Instead of carrying around little (though, at times, cumbersome) bottles, you can have an assortment of delightful little labeled straws that fit inside a decommissioned mint container.

I’m also seeing some potential usefulness in the realm of plane-travel toiletries. They’re regulation size, and it’d be nice and compact for when you’re trying to cram your closet into a carryon bag. Granted, I’m curious how the TSA would react to your assorted random substances in homemade tubes — but that’s for bolder men than I to discover.

Backpacking on a Budget

Repurposing household items to use as outdoor gear is an awesome way to give old junk a second life while saving money on what can otherwise be a sizeable investment. If you can’t afford a backpack with a water bladder and don’t want to buy a bunch of plastic water bottles that will likely find their way to a landfill (or worse, our oceans or left in our parks), you can look to some of the most versatile plastic containers around: two-liter soda bottles or milk jugs. Easy to fit into a pack and drink from, these bottles are also extremely easy to freeze so you’ll have water for a long day on the trail.

If you want to get really crazy, there is a wealth of online DIY projects you can do to make more specialized items. Check out this idea for a homemade “stuff sack” made from an old umbrella. With a little sewing knowledge and some thread, you can give new life to a trusty rain-protector that gave its life when you tried to go to the grocery store during monsoon season last year.

For your rations, if your budget is a little too tight to afford a camping stove, try crafting yourself a homemade one from a can! You can find directions to build these out of every vessel from coffee cans to beer cans, and in some instances all you really need is a cutting implement and some tape or foil.

When the need to save money meets the need to save the environment, camping is an activity with endless possibilities. With such beautiful natural wealth in almost every part of the country, it shouldn’t take much convincing to get those of us that enjoy it to take small steps in preserving it.

Be it straws or repurposed beer cans, we’ve all got things lying around the house (or, sadly, out in the field) that can be given new life with a little ingenuity. Everyone loves a little arts and crafts session from time to time, and neat do-it-yourself trail supplies are well worth it.

By spending a little extra time and effort, we can keep our backpacks light — and our wallets heavy.

Do you have any environmentally friendly camping tips? Let us know in the comments below!