Net neutrality has been making headlines for several years. As the debate continues to rage over what exactly a “free Internet” means large cable companies attempt to resist regulation by the Federal Communications Committee (FCC). Consumers and business owners alike need to be made aware of what net neutrality is and the potential effects of its repeal.

Most of us take the Internet for granted. I wake up in the morning, groggily make my way to my desk, and start by checking my email and social media accounts. Then, I stream an episode of a show I am watching or play a round or two of an online game before I head off in search of food. In this short daily routine, I have accessed several different websites and services without a second thought. Experiences like this have been the norm for years but could be set to change very soon.

The majority of American consumers purchase their Internet access through all-encompassing Internet Service Providers (ISPs). Some of the major players are Comcast, Time Warner Cable, Verizon, and AT&T. We buy a package with a set download/upload speed, wait for the uncertain (and invariably late) arrival of the installation employee, and set up the modem. From there, the only limitations are the data rates you subscribe to, the connecting equipment, and the speed of the websites you visit. It is nice, provided you pay your Internet bill. You are free to do whatever you want online.

However, picture this: you log onto your computer one morning, feeling unusually awake and upbeat. A morning like this would be the perfect time to visit your favorite website, sheepstream.com, home of the wooliest entertainment in the galaxy. You load up a few high-definition live streams, along with a couple of your old favorites. As the little loading wheel spins around, you grow impatient. It is taking longer than normal. A couple of the videos start, but they are choppy and won’t play without pausing to buffer repeatedly. Your coffee is getting cold as sheer terror grips you. The morning was so promising! What gives?

You do a little digging and discover that you did not purchase the Premium Livestock Bundle for an additional $39.99, so sheep-related streaming services receive lower speeds and quality compared to featured (read ISP-affiliated) websites. Work has been slow, and you do not have the extra cash, so you sigh and move on with your day.

This is a potential reality that could be brought about by the removal of net neutrality regulation. It is frustrating for you, the end user, and also for the owner of Sheepstream. A growing number of their customers are now opting not to purchase the premium bundle, so viewership and ad revenue are in decline.

To avoid a devastating scenario like this one, it is crucial to understand precisely what net neutrality is and how the laws involved work. It starts with the Communications Act of 1934.

The Law of the Land 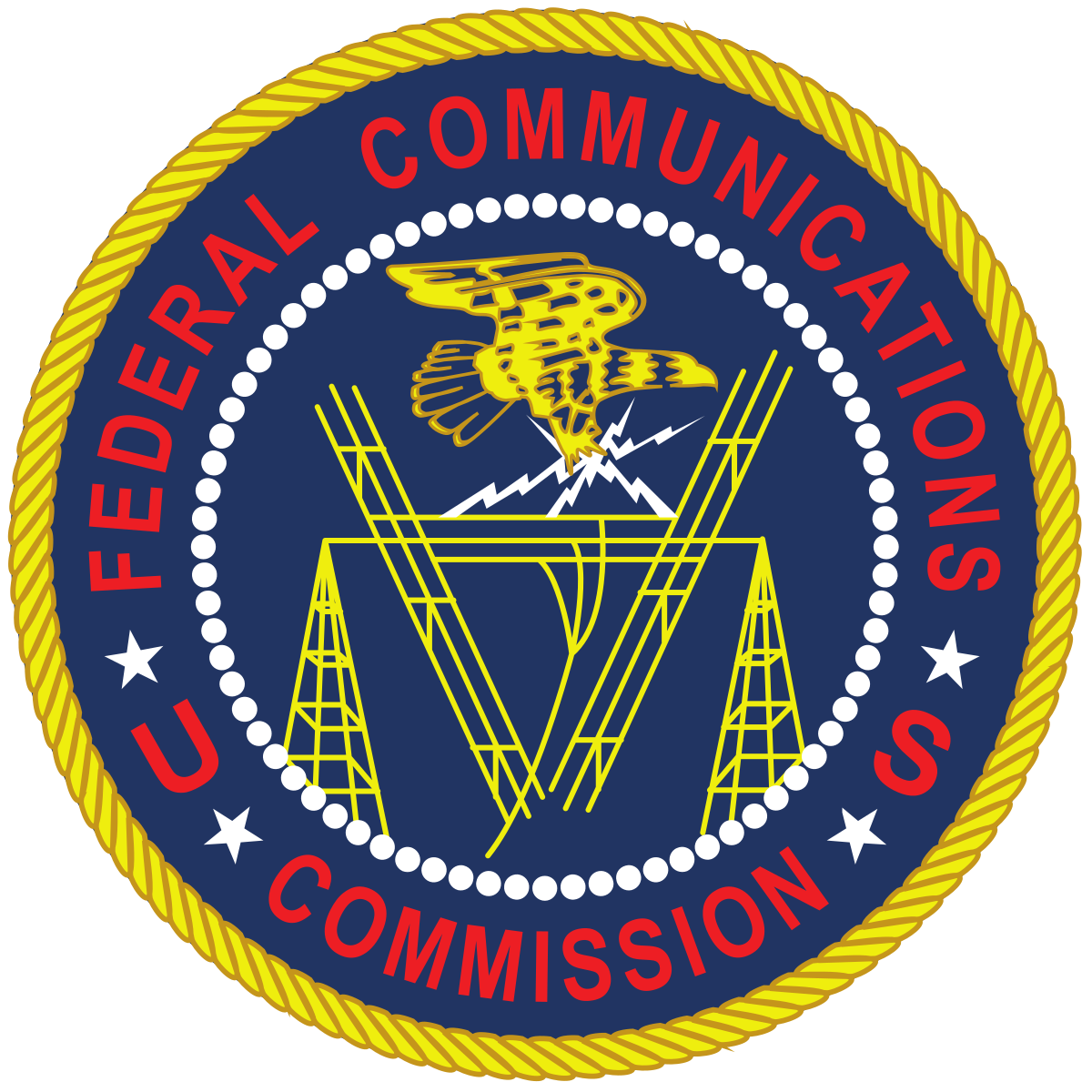 The Communications Act of 1934 was signed into law as a way to regulate telephone and radio companies. It is also the act that brought the FCC into being.

Although it was written almost a century ago, it is easy to see how it applies to modern telecommunications companies. The Act’s introduction states: “For the purpose of regulating interstate and foreign commerce in communication by wire and radio so as to make available… to all the people of the United States a rapid, efficient, nationwide, and worldwide wire and radio communication service with adequate facilities at reasonable charges…”

The laws in question revolve around how we classify providers within the Communications Act. In 2015, the FCC voted on and approved a bill classifying ISPs as “common carriers” under Title II of the Act. Common carriers are businesses or people that transport people or goods. They have to provide service to the public indiscriminately. Airlines, taxi companies, and oil pipelines are examples of other common carriers.

The basic idea behind net neutrality is that all data should be treated equally. It is an attempt to ensure that, for example, a large and powerful online streaming company does not get preferential treatment just because it can afford to pay the ISP more. Right now, smaller companies can compete with larger ones based on merit — and that is a good thing.

All Those in Favor

This year, the FCC is attempting to undo the 2015 ruling and revoke ISPs’ common carrier classification. Controversial chairman Ajit Pai has spent the first nine months of his tenure on this agenda and is dangerously close to achieving a repeal. In May, the FCC voted to begin the process of unwinding these rules. Standing in favor of preserving Title II classification is the Internet Association, a political lobbying group that was also heavily involved in the first net neutrality campaign in 2015.

Members of the Internet Association include Amazon, Facebook, Google, eBay, Microsoft… the list goes on. As you can see, it contains many of the largest Internet companies in the world. When the 2015 decision drew near, it spurred nationwide protests in support of net neutrality. This past July, the Internet Association put out a press release expressly calling for the net neutrality rules to be kept in place. In it, they stated that despite telecommunication companies’ insistence to the contrary, during the two years the regulations have been in place, the Internet sector has been thriving. The Association says there is “no reliable evidence that the 2015 Order has reduced ISPs’ investments in broadband infrastructure.” Furthermore, “comprehensive economic research by [the Internet Association] has found that ISP investment is up over time, and shows no decline as a result of the Commission’s 2015 Order.”

The Internet Association contends that the removal of regulations would stifle growth. The larger companies with the most money would dictate the success of others by controlling the flow of Internet traffic. In that same statement, the Association says, “Allowing paid prioritization would in effect result in the ‘cable-ization’ of the Internet, in which edge providers (like creators of video programming in the cable context) would have to negotiate carriage deals on ISP networks in order to reach consumers effectively.”

The Internet Association is far from the only source of dissent — Last Week Tonight host John Oliver has been covering the debate for years. He has repeatedly encouraged his viewers to comment on the FCC website to voice their opinions, contributing to an onslaught of around 22 million comments. With so many voices from all corners of the market issuing warnings, it is hard to ignore what’s happening. As a business owner, this does not just affect your browsing; it will affect your bottom line.

Putting Businesses in a Difficult Position

Less regulation is often considered to be better for business. In this situation, it is quite the opposite. Whether you own a company that sells goods through a website or you are a consumer that just likes to browse, it is in your best interest to make it known that you stand against the repeal.

For many businesses, their website is their primary source of sales and marketing. You could be told by your ISP to pay a premium if you want your customers to be able to browse your wares at high speeds. If you wanted to be as competitive as possible, you would not have much of a choice but to give in and pay. Startup retailers and fledgling blogs that rely heavily on the small amount of traffic they receive in their early days could find themselves in a market that doesn’t want them to compete. That is hardly providing a service to the public indiscriminately.

In fact, it is a barrier to entry that goes against much of the market competition the American business ethic stands for. Allowing ISPs to control the flow of the Internet would add an equally giant barrier to entry for new companies of any size. If your target audience must pick and choose different parts of the Internet to pay for, it will be that much harder to establish a consumer base. While we currently have the rules in place that keep online businesses on an even playing field, we are in for another serious fight in the days to come.

ISPs need to remain classified as common carriers under Title II in order to “make available…to all the people of the United States a…wire and radio communication service…at reasonable charges” as written in the Communications Act. With the support of Title II coming from vast numbers of consumers and businesses alike, it is not hard to believe that its repeal is only desired by ISPs and those that stand to make money off of their deregulation. We will have to step up to defend our right to a fair Internet — lest we get fleeced.