Amazon Turns to India for Ecommerce

As Indian consumers gain spending money and greater access to the online marketplace, Amazon increases focus on the burgeoning market in close competition with China’s Alibaba. Domestic businesses strive to hold on to their markets before it’s too late.

India is an economic powerhouse with the potential to become even more prominent on a global scale. It boasts a population of 1.3 billion, the second-largest in the world behind China. Of those 1.3 billion an estimated 420 million are Internet users. Over 100 million internet users are projected to become ecommerce consumers by the end of 2017. India’s retail economy is on the rise with a steady growth rate of around 15% year-to-year. What truly drives that growth is online retail, where India’s expansion is the fastest of any nation in the world. Estimates fall between 30-35% growth yearly, with mobile commerce growing even faster at a blistering 45-50%.

The Indian government is extremely invested in bringing the nation into the digital world. In 2015, it launched the Digital India Campaign to connect rural areas with high-speed Internet access and improve digital literacy that is sorely lacking outside of major cities. It has also undertaken initiatives to translate major email services like Gmail into regional dialects and make all government services available to citizens online. 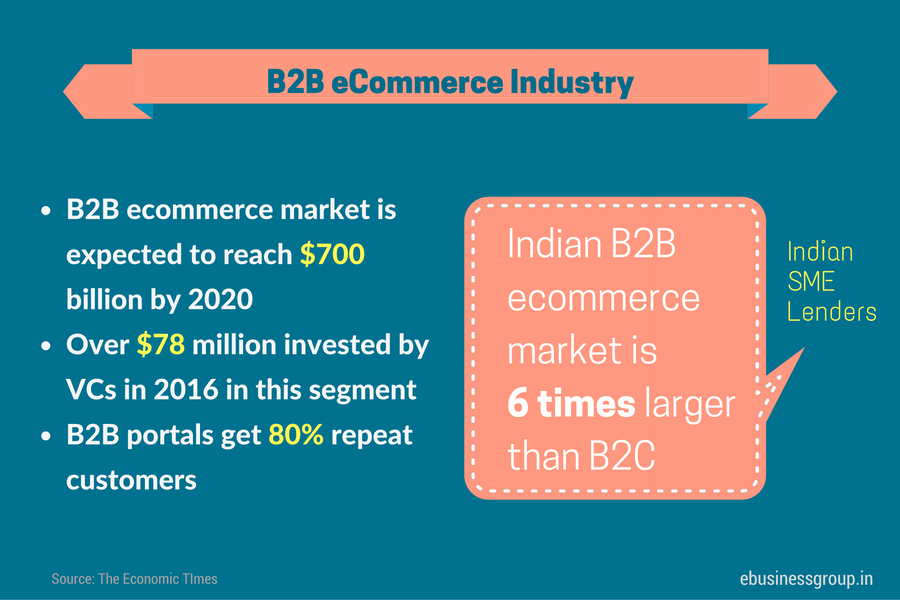 As you might have guessed, this nationwide push to digitalize has attracted large ecommerce businesses like sharks to blood — and of particular interest is Amazon. Amazon has been doing business in India since 2013. During the first two years it became the country’s fastest-growing ecommerce company in sales. Early on there was heavy competition with with India’s then-leading online retail company, Flipkart. By 2016 Amazon surpassed Flipkart to hold the dominant spot in online retail, as they also do in so many other countries.

Amazon is now poised to take India by storm, tightening their grasp on ecommerce through business-to-business wholesale, staving off competition from Alibaba, and taking advantage of infighting among domestic companies.

Much of Amazon’s recent growth in the Indian market has been in the business-to-business (B2B) space. Amazon Wholesale India, the eponymous B2B marketplace launched in 2015. The marketplace recently received a cash influx of $52.6 million from Amazon Corporate Holdings to further expansion in the country. Amazon is “relentlessly focused on expanding selection and raising the standard for customer experience and online shopping in India,” an Amazon spokesperson said. “With Amazon Wholesale India, our vision is to build a place where businesses can come to find and discover virtually anything they want to buy online.”

It is indisputable that India loves its B2B marketplaces — India’s Economic Times reports that their B2B market is six times larger than its business-to-consumer (B2C) counterpart. Amazon is in the perfect position to capitalize. There is arguably no company that does large-scale wholesaling better.

As India’s online economy grows, new businesses looking for a source of reliable, cost-effective merchandise will likely look to Amazon. However, this is not to say that Amazon does not face hurdles in its quest to dominate. New wholesalers are rapidly entering the market hoping to get a piece of the action. Chinese ecommerce giant Alibaba is proving to be Amazon’s most significant threat.

In 2015 Alibaba made its first move into the region when Ant Financial Services Group, an affiliate of Alibaba Group, purchased a 25% stake in India’s One97 Communications. The move combined Alipay, China’s largest online payment service run by Ant Financial, and Paytm, India’s leading mobile payment platform, allowing Alibaba to effectively take control of the largest online payment app in the country. Speculation abounds that they plan to invest similarly in other businesses to form a groundwork before expanding further.

The investment functions as a starting point for Alibaba to reach further into Indian ecommerce. They recently rolled out Paytm Mall, their first retailing venture in India. It is an app-based online marketplace similar in function to AliExpress. The plan is to eventually link the Mall with the rest of Alibaba’s ecommerce network.

Alibaba is perhaps the most threatening challenger to Amazon’s status as the global leader in online retail. Both companies continue to grow and expand rapidly. While Amazon’s growth is respectable, enjoying a multi-year head start, it pales in comparison to that of their Chinese rival. CNBC reports that Amazon stock has risen 30% this year, while Alibaba’s has nearly doubled. As Asian markets continue to develop and catch up with their Western counterparts, it appears that Alibaba’s skyward trajectory will continue until they catch up to, or even surpass Amazon.

India is the economic battleground where the two potent forces are set to collide, but other domestic businesses are cropping up as well. They are all hoping to stake out their own territory in the rapidly changing landscape.

Chaos In The Ranks

They may be the biggest, but Alibaba and Amazon are far from the only companies vying for control of the emerging Indian market. The aforementioned Flipkart is India’s largest domestic online retailer. Flipkart held the top spot in online retail from shortly after its inception in 2007 until Amazon’s rise to the forefront in 2015. While they have been surpassed by Amazon, they are not giving up. The company just received a $4 billion “war chest” specifically to fight off their foreign competitor.

Brand new companies are also receiving venture capital investment and storming the market with their own brands of online B2B services. IndiaMart is one of them. Their founder and CEO, Dinesh Agarwal, tells Digitalcommerce360:

“As pioneers in this field, we understand that there lies a huge untapped opportunity with India micro- small- and medium-sized enterprises, as well as big corporate buyers who consolidate their forces through IndiaMart. The Indian B2B sector itself is set to grow by 2.5 times, and touch $700 billion by 2020. Given the socio-political and environmental forces in the country, we foresee larger strides being taken by MSMEs in the coming years. We are elated that we share the same synergies with our new investors.”

IndiaMart is taking a more hands-off approach, acting as a conduit for businesses looking for buyers rather than a standalone marketplace. They already boast a catalog of 30 million products sourced from over 2 million suppliers. IndiaMart originally launched in 1996, but transformed into an ecommerce platform in 2014. They have experienced steady growth ever since. Interestingly enough, despite being a domestic business, much of their Series-C funding is led by British Firm, Amadeus Capital.

Digitalcommerce360 reports on another fresh face: Ninjacart. Ninjacart is a produce distributor taking advantage of the current challenge farmers face to get their produce to market. Co-founder & CEO Thirukumaran Nagarajan commented on Ninjacart’s function: “Due to marginal farming, poor logistics, and zero market information, there are numerous middlemen involved in getting the produce from farmers to markets. The farmer gets only one-fourth of what the consumer pays. We try to solve these problems by bridging the gaps so that the farmer gets a good value for his produce and the stores get quality goods at [a] competitive price.”

Since Amazon has only just begun its venture into perishable foods in the U.S., and Alibaba has only just recently established itself in India, it is likely going to be a while before either get their hands on the produce market. Ninjacart will have a little extra room to grow compared to other domestic ecommerce businesses, if only until the larger companies stabilize themselves in the country. Until that time, Ninjacart has an excellent opportunity to make themselves an indispensable go-between for farmers and consumers.

Despite the challenges, Amazon has unique advantages in the Indian market that is in the middle of explosive growth. Whether domestic businesses or Alibaba will be also be able to section off segments of the market for themselves remains to be seen. Whoever comes out on top will undoubtedly shape ecommerce trends on the subcontinent for years to come. Can Amazon stand against Alibaba and win out against domestic competitors? Only time — and superior ecommerce strategy — will tell.