Starting as a gimmick with games and other apps, augmented reality will soon allow consumers to visualize products with their smartphones before they make a purchase. While the technology is still in its relative infancy, it stands to quickly become an ecommerce trend.

You look around your room and see a familiar scene. The bed in which you dream of faraway lands; the desk, at which you pore over ponderous tomes; the chair, upon which is draped your favorite fuzzy afghan; the stuffed animals, which provide company and companionship even in your loneliest hours. It’s comforting, it’s safe, and it’s home. But what if it could be more? You pick up your phone.

Flipping through your apps, you light upon one involving home furniture. Now that you think about it, a four-foot lava lamp really would tie the room together. As you browse glowing light fixtures, you see an option for “Augmented Reality.” “What the heck,” you think, “It sounds like science, so I should press it.” So you do.

Your phone camera opens, and you can see the room through the lens. But something is different: between the desk and your comfy chair, there sits the gargantuan lava lamp of your dreams. Just the right amount of gooey glow, and a light bulb bright enough to cast eerie blue light into every corner. As you move your phone, the lamp tracks with it, allowing you to visualize how it would fit in each nook and every cranny. It’s perfect; you order.

The experience was so fantastic, you feel the need to dance! However, upon firing up the stereo, you realize that… you don’t know how to dance.

Momentarily disappointed, you stop to mope. Then, you think “if augmented reality exists for furniture, maybe…”

You search, and it’s true: there’s an augmented reality dance app. You give it a whirl, and before you know it, you’re shuffling from window to wall with frantic and glorious speed. Lamps fly, and teddy bears are knocked asunder.

While you may be thinking that this situation represents an impossible fantasy only feasible in the most whimsical fiction, fear not — it is as real as the spontaneous lindy hop you just performed. Retailers and fleet-footed entrepreneurs alike are utilizing advances in smartphone technology to give you an instantaneous product experience before you even purchase a product or join a dance class.

Seeing Things That Aren’t There

Remember Pokemon Go? For many people, the game was an introductory experience in the world of augmented reality. Augmented reality technology places 3D models in your environment through a viewer like your phone or tablet’s camera. Now, retailers are taking advantage of it, and instead of delightful Pokemon, you’re going to be seeing couches, television stands, and ornamental flower arrangements through the camera lens.

It’s a fantastic solution to a retail problem known as reverse showrooming. Customers will browse online stores to find products they like, then go to a physical store to shop for it so they can see and experience it first. Businesses that take advantage of augmented reality have a chance to eliminate this problem by bringing the worlds of online and physical shopping together. If you’ve ever ordered an item and realized upon delivery that it’s much smaller than you expected (I’m looking at you, super cheap “giant” coffee mug that turned out to be thimble-sized), you know the pain of insufficient information.

Now, instead of needing a fork or banana for scale, augmented reality will allow you to view products as if they were right in front of you. How else can you be sure that that lava lamp is truly chest-height? It even works for clothing. Using virtual data points like your wrists or shoulders, apps can help you visualize how dashing you’ll be in that new tux, or if you’ll end up looking like some crazy beanpole. It not only helps you, but it means online retailers will have to deal with customers returning items that didn’t fit the bill less often.

At the moment, these apps are only available on certain smartphones, but hardware limitations certainly aren’t stopping retailers from trying. Augmented reality is becoming much more widespread as demand increases and new models are released. From Apple’s face scans to full-on headsets that continuously put data in front of you, if trends are any indicator, augmented reality is set to become the new reality.

Numerous companies have come out with augmented reality apps for their products. Online home furnishings company Wayfair Inc. is forging the path for items of a domestic nature. Simply download their app to browse through products, and if a given product is available in augmented reality, the customer can just a button to view it. The image downloads to the smartphone, and can be moved around the screen to be seen in different places. 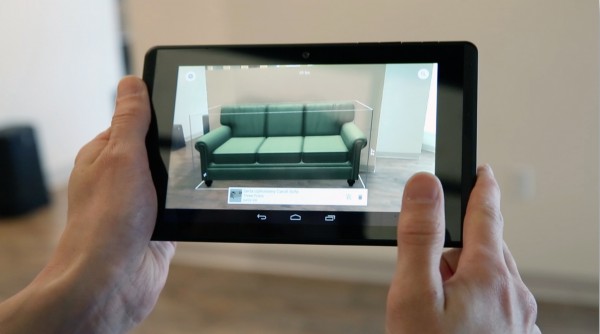 And it’s not just merchandise; the Dance Reality app shows you the steps to those moves you always wanted to learn. Created by two professional salsa dancers, sourcing the experience of worldwide dance masters, and utilizing the help of a thousand beta testers, the app is bringing rhythm to the masses. Next time you’re losing an argument, you’ll be able to bust out some blistering footwork and have them reeling backward out the door, thrown entirely off-balance.

Another app lets you see the consequences of body modifications before you make a permanent decision. Ink Hunter enables you to visualize tattoos on your own body through your phone. You can select from an extensive sampling of professional designs or upload your own. It has the potential to virtually eliminate the second-guessing that, until now, has been an integral part of the process of getting inked.

As augmented reality picks up steam, larger businesses are becoming attracted to it. Like an overenthusiastic bloodhound, there’s one company that’s always sniffing around when it comes to innovation.

The all-knowing master of ecommerce is in the process of employing augmented reality as well. This past July, Amazon filed a patent for their own augmented reality app. With the size and scope of their catalog of goods, the introduction of this technology could change the shopping habits of millions of consumers.

We don’t know for sure if they’re going to add augmented reality to their arsenal yet, but Geekwire reports that they’ve assembled a “Mixed Reality Team.” They highlight an Amazon job offering looking for engineers with experience in “Computer Vision, 3D objects, rendering and data storage by designing, developing and testing software solutions,” and stating that “applications would include real-time 3D modeling, image, and video stream processing all within a scalable distributed environment.” 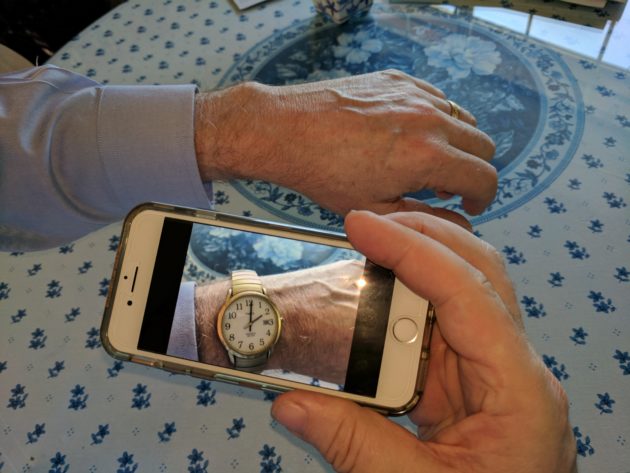 That job description lends itself to the development of an augmented reality shopping app. And really, why wouldn’t they want to be a part of this market? As a company that prides itself on being on the bleeding edge of innovation, it seems natural that they would employ their effectively boundless resources to add an extra layer to their user experience.

Today it’s furniture, dance steps, and tattoos, but before long, augmented reality might become the standard in how we shop. In a not-too-far-off future, visualizing purchases before you buy them will be the norm. Until then, remember to check for forks and bananas for scale in product pictures, lest you be misled.