What’s the Difference Between Ship-to-Store and Ship-from-Store?

As people are ordering products online in record numbers, brick-and-mortar stores are slowly drifting to the wayside. Some crafty retailers, however, are trying to capitalize on the new digital trend by offering ship-to-store and ship-from-store services. But what exactly is the difference?

You might recognize ship-to-store by a different name: in-store pickup. This business model is when a retailer offers customers an online storefront where they can order products instead of browsing physical aisles. Orders are then processed at a central distribution center and then sent out to the closest store to the customer where they then pick up their order, as you can imagine, in-store. Ship-from-store, however, is a similar concept, though applied to a different leg in the logistics chain.

Since their debut shortly after the birth of the Internet, online retailers have had the edge of convenience over their brick-and-mortar counterparts. After all, what’s more convenient than logging onto your computer, shopping, and getting your order all without having to leave the house? Shipping initially took a week or so, then finally a few days. Now, there’s even same-day or 30-minute shipping in some cities. Borne from the chaos of the ‘Net, online retailers are masters of speed, but brick-and-mortar stores are catching on.

Ship-from-store puts physical retailers on par with online ones; customers order from an online storefront and then their orders are fulfilled at the nearest store in the chain. Instead of the customers picking up the order later at the store, the products are delivered directly to them from the store. Already in 2014, Best Buy was outpacing Amazon in online sales after it switched to a ship-from-store model, even offering faster deliveries than the Internet-based behemoth.

For customers, these two models are all about preference–omnichannel retailing at its finest. But as a business owner, why would you choose one over the other?

Most envision shopping either in-person or online, though there are some benefits to the ship-to-store hybrid. This model allows customers to buy items from digital catalogs online and then shipping their orders to a local store that might not regularly carry that item. Instead of waiting for a package to arrive on your doorstep (or have concerns that the unattended package might walk off while you’re at work), you might prefer picking up your order on your way back from the office.

Moreover, by utilizing the retailer’s existing distribution network, ship-to-store is cheaper than hiring third-party delivery companies to deliver packages straight to a customer’s house. In a way, ship-to-store is a form of inventory control, assuring customers that what they’re looking for is already waiting for them on-demand.

Existing brick-and-mortar stores aren’t the only ones taking advantage of this model. Some online retailers, trying to cater to customers who prefer going out and shopping in physical locations, have been using pop-up stores as a way to reach new clientele:

“Pop-up stores and shopping centers offer proof that brick-and-mortar retailing isn’t dead–it’s simply changing… A growing number of online retailers are opening physical locations to gain new avenues through which they can reach customers… At the same time, opening traditional retail stores can be expensive, complicated, and risky. Pop-up stores, which tend to be smaller and leased for shorter periods of time than traditional mall stores, can cut the cost and risk.”

This works on a similar principle to the traditional brick-and-mortar outlet; pop-up stores provide temporary “depots” to ship their goods to from a retailer’s main distribution centers, later selling their wares to the locals. Instead of catering to each individual shopper’s address, pop-up stores provide a centralized location that can be moved around depending on demand and market trends. Much like roving food trucks, these stores go where they’re needed, offering a lot less risk than being firmly planted in one spot for years or decades.

If it wasn’t enough that online stores are already eating away at the market share most physical retailers have enjoyed, ship-to-store now allows these Internet-based companies to tap the physical market. But just as ship-to-store opens new doors for online businesses, ship-from-store might be the saving grace the brick-and-mortar shops need.

Aside from the obvious benefits of customer convenience and increased shipping speed as Internet retailing logistics improve, ship-from-store is a boon to business owners for a few other reasons. In UPS’ analysis of the new trend, they’ve found that ship-from-store retailing grants faster, lower-cost direct shipping to the customer, reduces markdowns, and improves the utilization of assets. As brick-and-mortar locations become mini-distribution centers of their own, with extra attention to logistics comes a great understanding of inventory, capacity, and supply/demand relations. 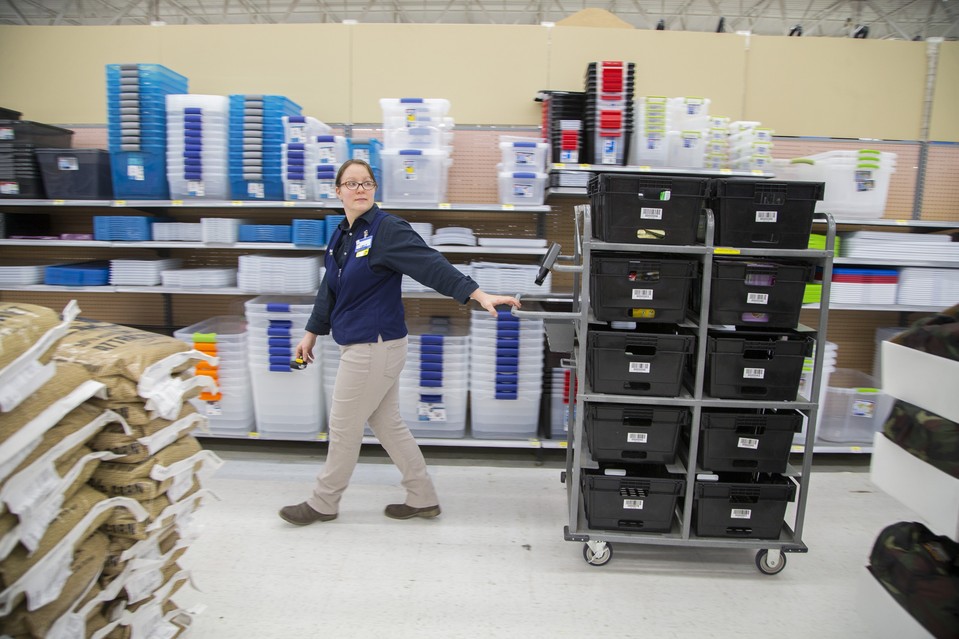 These benefits aren’t without their challenges, however, as it requires some re-imagination of how physical retailers work. Whereas the backroom that houses excess inventory has been used… well… to handle excess inventory, these areas are now being expanded to include order assembly, packaging, and shipping operations as well.

In order to keep the wheels turning, managers will have to keep closer track of inventory to compensate its fast movement in all directions. If not the inventory system, there’s also ensuring the stores can physically handle all this new equipment and the staff to work and maintain it. Of course, that’s not to mention the retail industry’s notoriously high staff turnover rates, which makes training and retaining these skilled packaging employees even more of a challenge.

But even with some of the road blocks, Target’s one such retailer that’s been tackling them effectively. Last year they even announced expanding their ship-from store program further in order to continue 2015’s strong e-commerce sales. By the second quarter of 2015, about $97.5 million year-over-year growth in digital sales represented just over a fifth of Target’s overall sales growth for that quarter.

With numbers like that, ship-from-store is more than just a means to staunch the economic bleeding of brick-and-mortar market share. It actually might end up being the future standard for how we shop.

No matter how you cut it, both ship-to-store and ship-from-store help level the playing field between online and physical retailers. Ship-to-store gives Internet-based companies more of a presence in reality, but ship-from-store helps physical stores reach through to populations increasingly sucked into the digital web. Omnichannel retailing notwithstanding, these moves have also been shaking up logistics while forcing companies to compete for fast, efficient service:

“The big-box guys have begun to fill online orders from the stock of their brick-and-mortar outlets in a process known, naturally, as ‘ship-from-store.’ This has several beneficial results. Most critically, it adds a large number of distribution centers to a retailer’s network. Walmart, for example, has nearly 4,200 outlets across the country. This puts a good two-thirds of the population within five miles of one of its stores. Proximity like that means retailers can get goods to customer quickly, not to mention cheaply. Amazon promises free two-day delivery for [Prime] members. But that can easily be matched by retailers shipping from the store just a few miles away from your home.”

But is one method truly better than the other? It really all depends on your customers and what they expect and need.

While instant gratification is becoming a major factor in commerce, ship-to-store opponents might not understand why the service still exists. After all, what’s the point of ordering online if you still have to go out and get your order? One could argue that defeats the whole purpose of online retailing (that is, convenience and speed of service, especially with two-, one-, or same-day shipping). But from a business perspective, if your customers like the convenience of ordering online but still like going out to the store, there’s still a demand to be filled.

For some, it might not be the act of going to a store and shopping they dread. Perhaps they don’t mind the physical interaction, but just don’t have the time or willpower to browse shelves upon shelves of stuff they don’t need. There’s also the added security too, getting your pre-organized package at the store itself rather than worrying about it sitting outside all day, waiting for you to come home.

There’s a number of other reasons why ship-to-store will still exist alongside ship-from-store models. While ship-from-store might seem like the direction retailers are most likely to head in, both models and how they’re applied still boils down to preference, both for the business and its patrons. Like any of the scientific fields, omnichannel retailing in its own way requires experimentation and re-evaluation/re-application, finding the best methods to tap into eager customers’ wallets.

Regardless of what fits best for your business (and shopping) needs, at least you know the difference between the two. How you apply this knowledge, however, remains up to you.